Friends You Should Have - AOL Health

I've always said that women make us good at who we are. I hope you find this article helpful in cleaning out relationship closet, which by the way, we all need to do every now and again.

Friends You Should Have - AOL Health
Posted by Lori Bryant-Woolridge at 12:31 PM No comments:

Ladies, even Essence Magazine recognizes a good dare, when it reads it! Essence.com has chosen my new anthology Can't Help The Way That I Feel, as one of their hot reads for the summer. So before you head off on your vacation, make sure you give into temptation and get your copy to bring along. I guarantee it will make your summer sizzle!

Why Women Are Actually Thinner Than They Think

WHEW!! What a great bit of much needed news! Click on the link below and find out woman in the mirror is much hotter than you think!!

Why Women Are Actually Thinner Than They Think
Posted by Lori Bryant-Woolridge at 8:36 AM No comments: 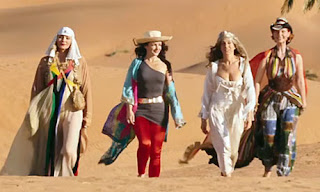 I loved the Sex and the City television series on HBO. It featured smart, sexy, flawed individuals who truly understood the importance friendship between females. There is nothing more important to the development of true feminine confidence than a nonjudgmental friend who not only allows you but encourages you to be you with all of your glorious flaws and imperfections. A woman who doesn't compete with you but rather compliments your version of sexy and smart. I've said it before, women make other women good at who they are.

Sex in the City was a cheerleader for female empowerment--women taking charge of their sex and love lives and living them both with the scandal that can come with living one's own truth. I found them to be fabulous--not because of their fashion or fame or fortunes, but because of the way they walked through life (in stilettos of course!) on their own terms. But in SATC2 these women have fallen off their fierce girls pedestal and are floundering. They have forgotten all of the lessons they spent years teaching us and are looking more and more like aging women desperately clinging to their youth.

I wanted to love this movie but spent most of the two hours plus feeling annoyed and offended. It started out well but then went steadily downhill. No real story, weak dialogue (Carrie's puns were so lame it was embarrassing) a lot of stupid whining (between crying baby Rose and baby Charlotte, I was ready to walk), and ridiculous, out of place fashion choices (seriously, who walks sand dunes and rides camels in stiletto heels? And who bares their porcelain white chest and shoulders or covers them in huge, metal bibs in blazing desert heat?).

But what really irritated me most was the incredibly stupid, disrespectful and obnoxious way these intelligent, worldly women behaved while in Abu Dhbai. All were annoying in some form, but Samantha's behavior is totally outrageous, and not in a good way. She, a public relations expert, no less, is completely disrespectful to the culture, laws, and religious sensibilities of the country she is visiting and hopefully will be representing. She dresses and acts inappropriately (grabbing a man's penis in full view of other guests, holding up a gross of condoms in the souk and screaming "Yes, I love sex," to a throng of conservative, Muslim men), and portrays the ugly American to perfection.

This movie is not WMS friendly because truly confident, sexy women understand that respect for other people and their beliefs is hot, while ignoring them in pursuit of your own selfish pleasure is not. Additionally, Samantha, with her 40 plus pills a day to trick her body into being young, has become a desperate parody of her former self. A seasoned woman is sexy because she is confident enough to quietly go after what she wants with style and elegance. She doesn't need to compete with younger women by wearing the same clothes, just because they fit, because ultimately she ends up looking older and more insecure than they do. What Samantha doesn't seem to understand is that yes, her insistence on letting everyone know within earshot that she's game for a fuck, does make her appear younger, but in all the wrong ways. Instead of looking worldly and self assured, she looks like every other young girl who thinks that a reputation for putting out is what makes her sexy and popular with the boys. It's a troubling perspective at any age, but Samantha just looks old and desperate because at 52, she should know better.

One of the delightful new flirt tools that comes with age is mystery. Samantha needs to put that in her trick bag and learn to work it to maximum effect.

P.S. Search on this website, Ciao Bella and get more tips on how to be a Weapon of Mass Seduction while traveling abroad.
Posted by Lori Bryant-Woolridge at 7:26 AM 2 comments: