Havin' Your Cake: Coming Out of Celibacy 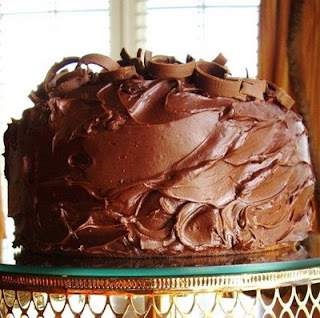 I was at a social function yesterday when a woman came over and asked if she could speak with me. She'd heard about my work as a sensuality coach and author and wanted to ask a question about a friend. I wasn't sure if the friend was real or simply a privacy prop, but I was game to listen and give whatever advice I could.

Seems her 'friend' had a problem. Over fifty and divorced for many years, she'd recently began dating a man and after three dates, had determined that even though she found him attractive and interesting, they didn't have any sexual chemistry. I did suggest that maybe she give it a little more time, that sometimes, for some people, the chemistry beneath takes time to penetrate layers of past experiences and emotional fears before it can bubble to the top. But she insisted that because her 'friend' had been celibate for over a year, that the right man should and would get her juices flowing immediately.

Perhaps but more than likely not.

Here's the thing, I explained, long-term celibacy is like going on serious diet. Let say you decide that you are going to eliminate sweets from your diet, and after two weeks or two months, someone puts your favorite chocolate cake in front of you. The likelihood is that you are going to be tempted to taste that cake. Your mouth still remembers the creamy taste of luscious chocolate. Your head tingles at the idea of the coming sugar rush. And if that baker's delight stays in front of you too long, the probability of you licking yummy icing from your lips is going to be strong.

But let's say that same damn, trying to bust my diet, person puts a cake in front of you after nearly two years of not eating any desserts. You've gone so long without sugar and chocolate that you've lost your craving for sweets. The temptation to taste is just not there anymore. You have effectively blunted your desire.

The same is true for sex. Long spans of celibacy (whether voluntary or imposed) forces a similar state upon you. When your brain is no longer continually filled with thoughts of sex and you shut down your sexual energy as well as your physical sexual functions, you shut down your desire. And if you're not careful, you also shut down thinking about yourself as a sensual, sexual being.

My bottom line advice for her friend was to spend sometime alone reviving her sexual energy and putting sex back on her brain. Like those Jimmy Choos or that chocolate cake you can’t get off your mind—the more you think about something, the more you have to have it. Sex is no different. If she woke up her sexy mind and got reacquainted with her inner sexiness, she might find that the chemistry was there all along.

What do you think?
Posted by Lori Bryant-Woolridge at 9:02 AM