Somebody sent the videos below to me and I had to share them with you. So have a few chuckles until I post again. Enjoy!
Posted by Lori Bryant-Woolridge at 1:16 PM No comments:

Posted by Lori Bryant-Woolridge at 1:16 PM No comments:

Posted by Lori Bryant-Woolridge at 1:15 PM No comments:

Get Ready for a Sexy September

I'm sure you've noticed that my blog entries have been a little lacking this month. I apologize, but see what had happen was, first, some kind of technical snafu with blogspot kept me from blogging, and then with all of my book touring and personal vacation time and getting my son ready to leave for college next week, well finding time to blog has been tough.

So WMS is officially on hiatus for the rest of August and will return on September 6 for a month dedicated to thoughts on S.E.X. The things I want to discuss involve feeling good about sex as a woman; about knowing how to do more than turn on your lover, but also how to recognize your own sexual power and how to use the power of the punani to benefit you and your partner. We'll be talking about looking at new ways to apporach sex--with an eye on playfulness, a sense of adventure and a commitment to your own pleasure.

So enjoy the rest of your summer and get ready for a Sexy September! In the meantime, if you have any questions, comments or suggested topics send them along to mass.seduction@yahoo.com

Until the sixth, think sexy thoughts!
Posted by Lori Bryant-Woolridge at 12:36 PM No comments:

Thanks to all of you who wrote in to volunteer for Stiletto Camp. Registration is now full but you'll be able to read all about on a sister blog. Stay tuned for information on where to tune in.
Posted by Lori Bryant-Woolridge at 5:45 PM No comments: 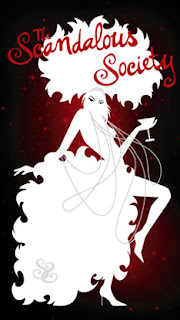 My kids, little jokers that they are, gave me a book two birthdays ago that I just now picked up to peek through. The title? Old Age Is Always 15 Years Older Than I Am. Ha! Ha! Kids. They're so doggone funny. The only reason I decided to even crack the cover is I was looking for a quote to use on my mother's 80th birthday invitation.

But instead of a birthday quote, I stumbled across a little ditty that has captured my attention for the past few days. It's by Oscar Wilde, who after looking into many of his quotable statements, is one man I would have loved to sit down and have a martini with. Here's what Oscar said: "One should never make one's debut with a scandal; one should reserve that to give interest to one's old age."

The entire idea of being scandalous intrigued me. So I've spent the last few days rolling the word around my mouth and took the time this weekend while I was enjoying myself in Sag Harbor to noodle around the concept of being scandalous.

The dictionary defines it as: "behavior offensive to propriety or morality." Hmmm. To make sure I had a true understanding of the definition I had to flip back a few pages and look up 'propriety,' which is "the quality or state of being proper and also defined as "the standard of what is socially acceptable in conduct and speech." Hmmm.

Okay now I'm feeling just a little bit annoyed because just who is the arbitrator of what is socially acceptable? I mean who is actually in charge of dictating to me and the rest of us the nuances of what's socially or morally right?

I mean beyond the Ten Commandments and other generally agreed upon rules like no talking to the screen all through a movie or liberally peppering your speech with the MF words at your preschoolers parent/teacher conference or using all the toilet paper and not replacing the roll or sleeping with your best friend's man, who is the wizard behind the curtain playing the grand 'decider?'.

When I think about the women in history who are considered sensual and sexual icons, many of them are considered scandalous in some form or fashion. Think about it: Cleopatra, Mae West, Coco Chanel, Marlena Dietrich, Marilyn Monroe, Josephine Baker, Eartha Kitt, Sophia Loren, Elizabeth Taylor, Diana Ross, Madonna, Angelina Jolie, Jennifer Lopez all women who by living, working and loving on their own terms often created controversy and concern among the keepers of society's social and moral compass. They didn't live in fear of being judged. Their fear was living without feeling alive.

These women lived by their own moral code and rules and while some choices led them down rather destructive paths, others led to great success and happiness and both paths led them towards an authentic life...one that for good or bad, right or wrong, was dictated by their own sense of individual truth.

The more I think about it and the longer I live, the more I become a quiet advocate for living scandalously. Free yourself from the opinions and of other people's opinions about what's right or wrong and do what you have to do to live a life that is full and joyous and satisfying on your terms.

Put a little scandal in your life. It doesn't have to be major what-the-hell-are you-thinking-Lindsay Lohan-Paris Hilton-Brittany Spears-is you crazy-tabloid scandalous. Hell, nobody but you needs to know. But certainly do something that excites you; that feels right to you; that is in keeping with your own truth and your own moral code but makes you step outside the boundaries that other people, whether parent or pastor, have placed on you.

Find an area in your life to be a little outrageous. Wear red nail polish or lipstick; buy some skimpy lingerie to wear under your church clothes; unbutton those top three buttons and show a little cleavage; raise your hem two inches; take a skinny dip; pull out that list of sexual tricks and treats you've been too intimidated to try and check them off one by one; make love on the balcony; take a trip by yourself and discover something new about yourself; buy a vibrator or if you have one, share it with your lover; plan a vacation at a hedonism resort and give into your pent-up guilty pleasures; eat really expensive chocolate instead of salad for lunch; go commando. Learn to tango (did you know that the tango was originally danced in the brothels of poor neighborhoods because it was considered to be scandalous? Now, you can simply turn on the tube to Dancing with the Stars. Whose heart didn't skip a beat when that sexy little Mario tangoed his sexy butt off? Now that's entertainment).

Do something that you don't ordinarily do because other folks think you shouldn't. Follow Oscar Wilde's advice and include a little scandal in your life to give you and it interest,spice and memories that bring a sly smile to your lips. Eliminate regret...and failure...from your vocabulary. And if that's not possible, consider that it's better to regret something you DID instead of something you DIDN'T do.

Scandalous women are sexy. Why? Because passion, confidence, individualism, fearlessness, excitement, curiosity and a sense of adventure are all the prime ingredients to scandalous personality. And being scandalous doesn't require that you lose your sense of integrity and honesty, just that you lose your fear of being authentically you.

So, set your own boundaries and when in doubt fall back on these Universal truths: Love. Seek Joy. Do No Harm. Live the Truth. Still not sure?

India.Arie said it best, "You know the truth by the way it feels."

What do you think?
Posted by Lori Bryant-Woolridge at 3:40 PM 2 comments: